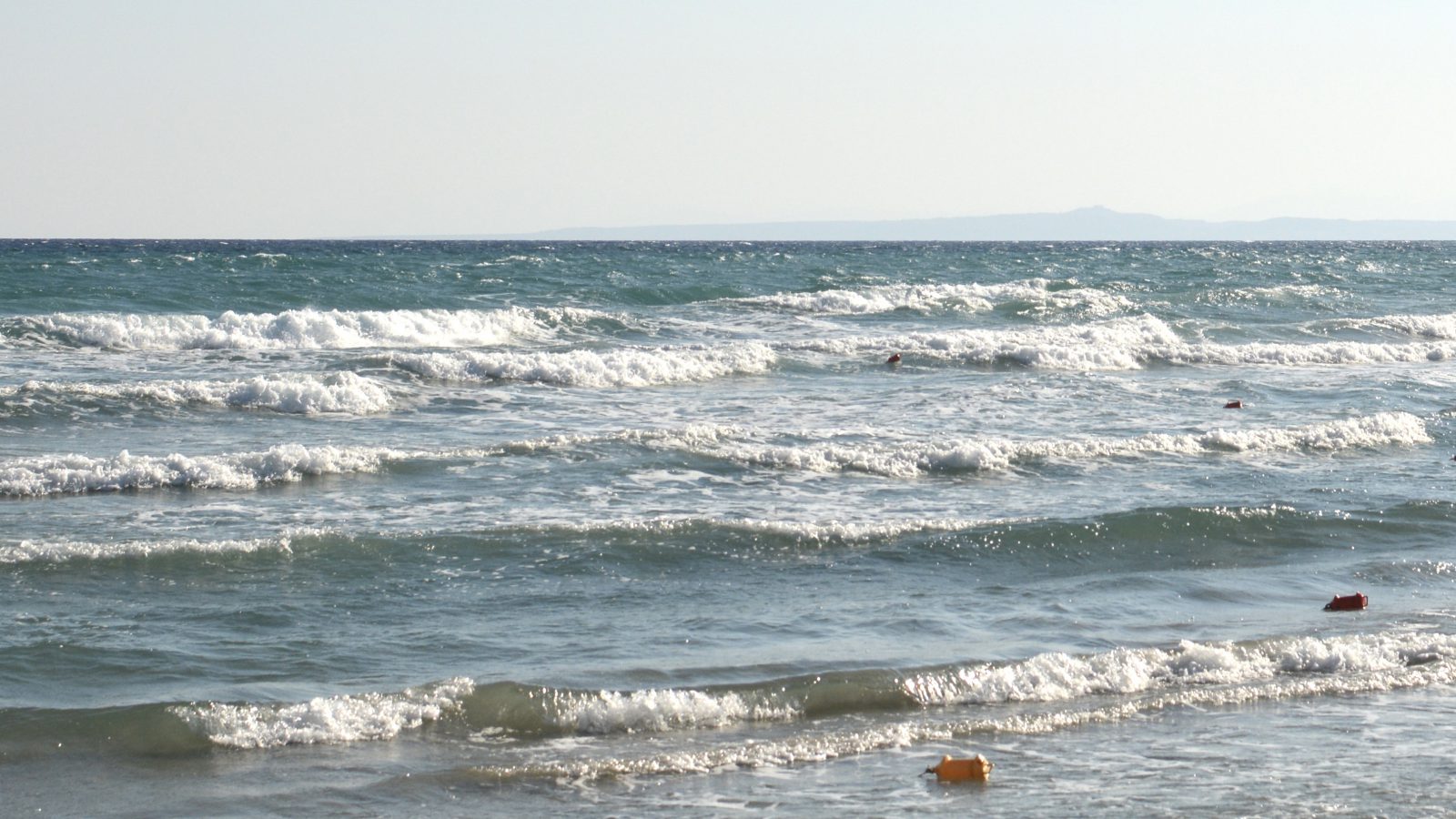 My two-week trip to Zakynthos was bought before I was wheelchaired. Even though the destination was maybe not the best for a solo wheelchair traveler, I decided not to cancel the trip.

I also had some valuable help from a friendly customer service dude at Aurinkomatkat to confirm special assistance at airports, my own airport transfer, and a room from the apartment hotel’s ground floor.

The departure day was three days after my arrival from the earlier trip (Split, Croatia), so I did indeed have the opportunity to sleep a few nights in my own precious bed at home before leaving again :).

Arriving with a taxi to Helsinki Airport T2 in the early morning hours of wednesday September 11th, I dropped my bag in check-in where they tagged my wheelchair, too. From there I rolled by myself through the security and towards the gate since it was a mainly flat and a partly downhill stint.

The Special Assistance wheeled me from the gate to the front door – as usual when boarding though a passenger bridge – and from there i wobbled to my seat with my crutch, SA staff bringing my backpack. The wheelchair was carried to the hold from the aircraft door.

Flight time for this flight was 3h 45min, and that went quite quickly while listening to some podcasts new for me, for basically the whole flight. Did not order anything from the stewardesses, but drank my own sodas & energy drinks to keep hydrated and my blood glucose in order (I’m a type 1 Diabetic).

After touchdown I was disembarked from the Airbus with the elevator truck, escorted to the baggage claim and once I got my bag, I continued by myself outside the terminal to wait for my own ride to the hotel. It was a normal taxi, which my wheelchair fitted well collapsed.

In about 20 minutes I was in Tsilivi, in front of Christina Apartments, the budget apartment hotel of my choice. As promised, I got my room from the ground level, and soon I was already recharging my energies in the bed for a while.

For this trip I had a few targets. To relax and rest lots of time, make a few visits to the Tsilivi town/village area, find something good to eat, see the sea, and participate on a cruise.

These all I managed to accomplish, with resting as probably the number one in terms of time consumed doing it. I think I slept for almost a half of the whole time in there, and that was more than fine with me, since somehow I can’t sleep for so long stints back home.

Putting that aside, I did find the Tsilivi area quite nice, with friendly people who mostly understood my english as I understood their english, too. There was plenty of restaurants and bars to choose from, with a satisfying variety of different kind of food to offer.

I ended up mostly eating quite light, including some lovely Halloumi with Lemon two times at The Boomerang Beach Bar at the shore. Their service was exquisit, and the location at the beach was just perfect to stay for a longer while, sipping some non-alcoholic beer and coffee.

At Limanaki Restaurant I was served with a 5/5 beef meal accompanied with good service and a tasty capuccino. Their terrace was easily accessible with the wheelchair, unlike many other restaurants’ terraces, and they also were kind enough to call me a taxi when I was leaving. I’d also recommend Sunset Boulevard if you like to follow British football live, with drinks and food.

In the opposite end from the tastebud’s perspective I had a disappointing “New Style Moussaka” at Iakinthos Taverna — a restaurant which also had the worst tasting alcohol free Pina Colada I’ve ever tasted. However, they were very helpful with my wheelchair and the location was nice, so not all bad.

In addition to the Boomerang Beach Bar I did very much like to visit Labyrinth Cocktail Bar, too. Their waiter was top notch on both of the evenings/nights I went there, serving me with lots of non-alcoholic Heinekens and a few capuccinos, too. At Labyrinth there was also a 60/70’s show performed by Sophie and Nicole, two beautiful Brit singers.

The cruise I picked to board was one which started from Zakynthos town port, going all the way around the whole Zakynthos island. The trip from my hotel to the boat was done in a coach bus, which I was able to board slowly with my crutch, the wheelchair being stuffed in the cargo dept of the bus.

I had a confirmation beforehand that the boat used is accessible by a wheelchair, and that was the reality, too. When we arrived to the port, I rolled, with the help of the staff, through a long and narrow boarding bridge to the boat.

The bottom floor had plenty of space to get around with the wheelchair, so I was happy with it. The restrooms though were in the 2nd floor, where you could only get with the crutches, so if you can’t use crutches at all, this boat is not for you.

Starting our cruise, we headed out from the port area and took a right turn, in order to go around the island in a clockwise direction. During the 8 hours on the boat, I saw how the outerskirts of the island were represented by a never-ending cavalcade of stone walls, caves and little islands, some of them very tall indeed.

We did stop for a few times for swimming breaks, and especially on those areas the waters were extremely clear, turquoise and inviting. With my fractured Charcot leg I didn’t have the opportunity to get into the water, but I enjoyed the scene, seeing dozens of my fellow cruisers jumping happily in the warm water. Saw a bunch of little fish in the water, too :).

One of the swimming breaks was in a bay where there’s a shipwreck laying in the beach. A stunning view accompanied with very tall stone walls, smooth sand and that turquoise water glimmering in the sun. Just loved it!

We also entered one of the biggest blue caves with the whole boat, and that was quite interesting. I bet there’s some bats living there, at least when it’s night time. Didn’t see any in the daylight, though.

The rest of the time of the cruise was literally cruising, pretty high speed, a good few hundred meters away from the shore line. Had plenty of things to shoot pics of, and had also some time to do some drawing on my iPad with my Apple Pencil during the trip.

There was also a very helpful couple onboard — I think maybe from somewhere around South America — who offered to help me by bringing me drinks from the 2nd floor bar whenever I needed one. And I did, since it was a very hot day, around 30 celsius degrees. If you are planning the same cruise and want to be on the upper decks sunbathing, sunscreen is a must, of course.

All in all, a very nice cruise, and they also transferred us back to the hotels with the coaches. The bus stop in front of my hotel was in the main road, so I was lucky when a hungarian couple happened to be there, offering their help to push me all the way up the steep uphill to the hotel’s actual ground floor.

That same night, while I was still awake, I experienced my first ever earthquake. It was a sudden one, almost more like of a massive crash sound in the whole hotel area, and it was over in a couple of seconds.

It felt and sounded like the windows and balcony doors were going to crash inwards, but ultimately didn’t. While the ceiling lamp was still swinging, I checked a couple of earthquake monitors online for any records of the quake, and did indeed find some information.

So luckily not a big one, but did raise my hearbeat a bit, since this was my first time. Maybe I’ll experience more of these in my upcoming trips around the world — you never know.

Another first for me was getting a tattoo during a trip, since all of my earlier tattoos were done in Finland. One day after sipping some non-alc drinks in the Boomerang Beach Bar, I decided to take a taxi to the Laganas area. It appeared to be a party area, but very sleepy at that point of day :D.

The ride took about 20 minutes or so, and once there, I headed to Evolvink, which I had already checked out online. In there, the dude making the ink was polite, seemed to know very well what he was doing, and had the preparation work done quickly with my design I e-mailed him from my phone.

For the tattoo, about 7 cm tall, and into the back of my neck, it was 70€. The work was done well, and to this day it actually seems to be the best tattoo of mine, both in quality and considering the artwork. It has an enormous meaning for me, in reference to surviving my suicidal tendencies during this neverending phase of health problems.

The flight back to Finland was once again superb considering the Special Assistance’s service, and the smooth ride with one of Finnair’s Airbuses.

Overall, Tsilivi was a wonderful little town with a lovely beach, friendly people and no shortage of shops, restaurants, nightlife, ATMs etc. Basically everything you need was there. The possibility to take a day trip e.g. for an around-the-island cruise was also a big plus.

If you’re traveling with a wheelchair, at least the Tsilivi town area is probably not so suitable for you because of it’s narrow pedestrian walkways, which really are not so well maintained as e.g. in Finland. So prepare for some bumps, cracks and uneven surfaces, in addition to the numerous up/downhills in the area.

But if you still want to go to Tsilivi with a wheelchair, I’d recommend you to take a hotel from the beach or the town centre itself, though there’s no way to avoid all of the up/downhills etc.

However, you probably will bump into some helpful locals and/or fellow tourists who will help push you around every now and then — I think I was helped by at least 10 people without even asking.

The hotel, or apartment hotel I used, Christina Apartments, was fine with a wheelchair when I had my room on the ground floor. There was also this adorable nightswatch man i named inside my head as Pedro. He didn’t understand english, talked funny and with his mustache reminded me of Yosemite Sam, a Looney Toons character.

Christina Apartments had also one of the most friendly staff members, whose name I already forgot. She was always so kind, bringing me stuff, handling all of my requests well, and asked how were I doing when we bumped to each other outside and so on. Ten points for her!

Also worth to mention is that while the taxi traffic itself worked fine, you should prepare to wait for them a (lengthy) bit longer than what they estimate on the phone. My trips within the Tsilivi area were always 6€, plus a little tip for the driver. From Tsilivi to Laganas it was 20€ one way, so 40€ return trip.

I think this wraps it — now waiting for my next trip, which is going to be Augsburg in Germany. Flying to Munich and taking a train from there. This trip’s sole purpose is to visit a Lyme’s disease / borreliosis clinic, one that does tests that you cannot do in most other countries. So trying to solve my health issues — wish me luck! 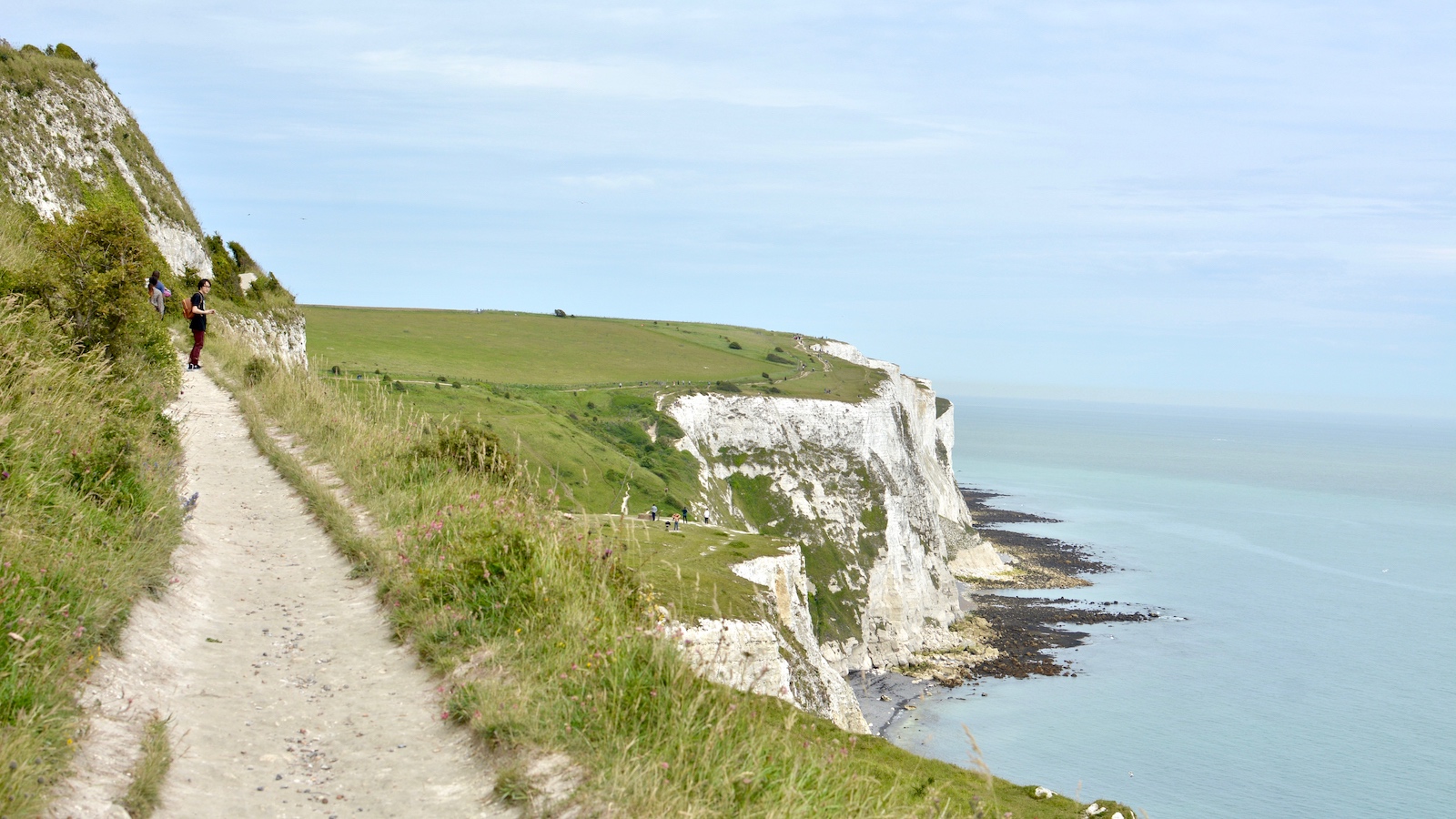 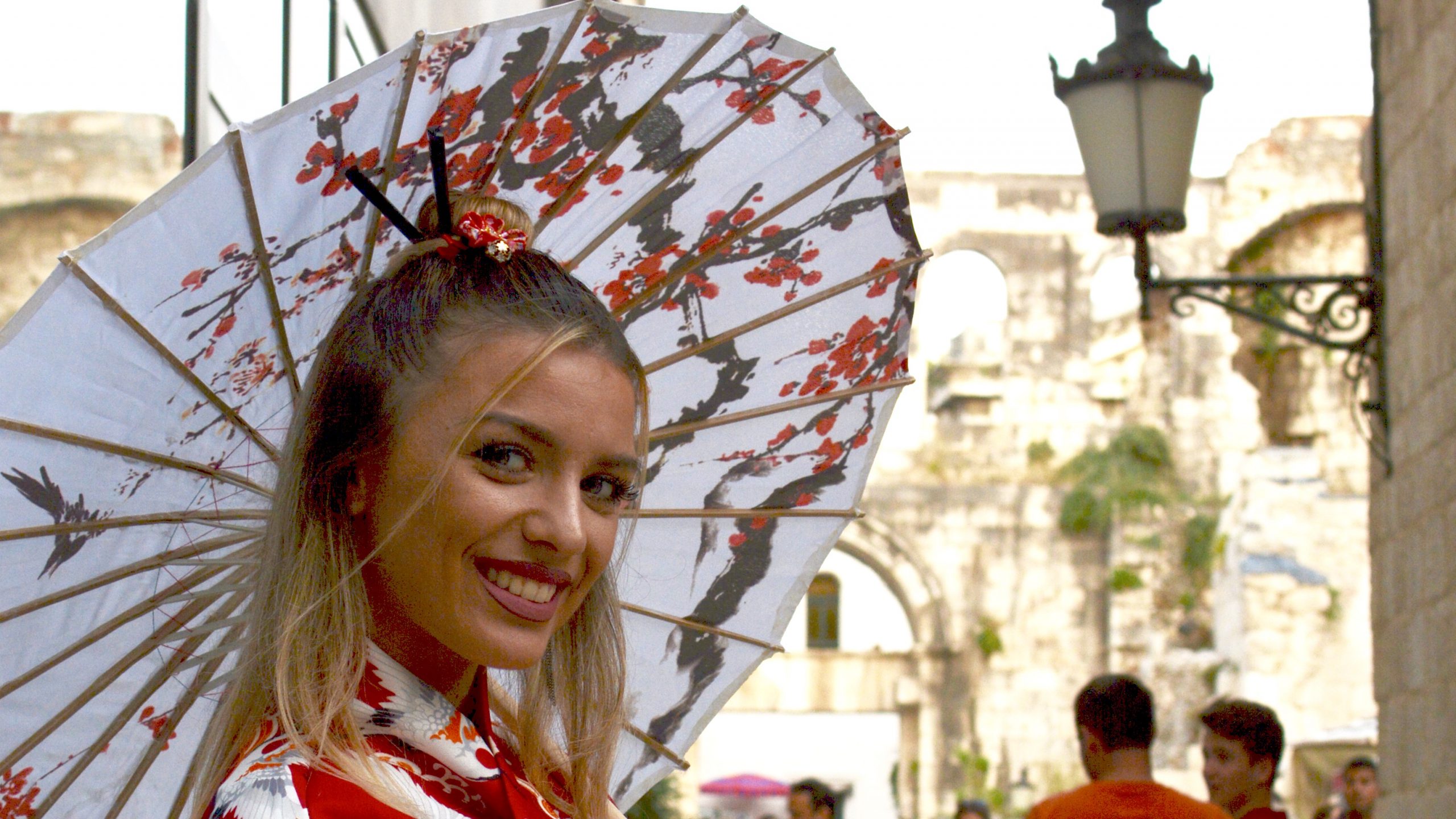 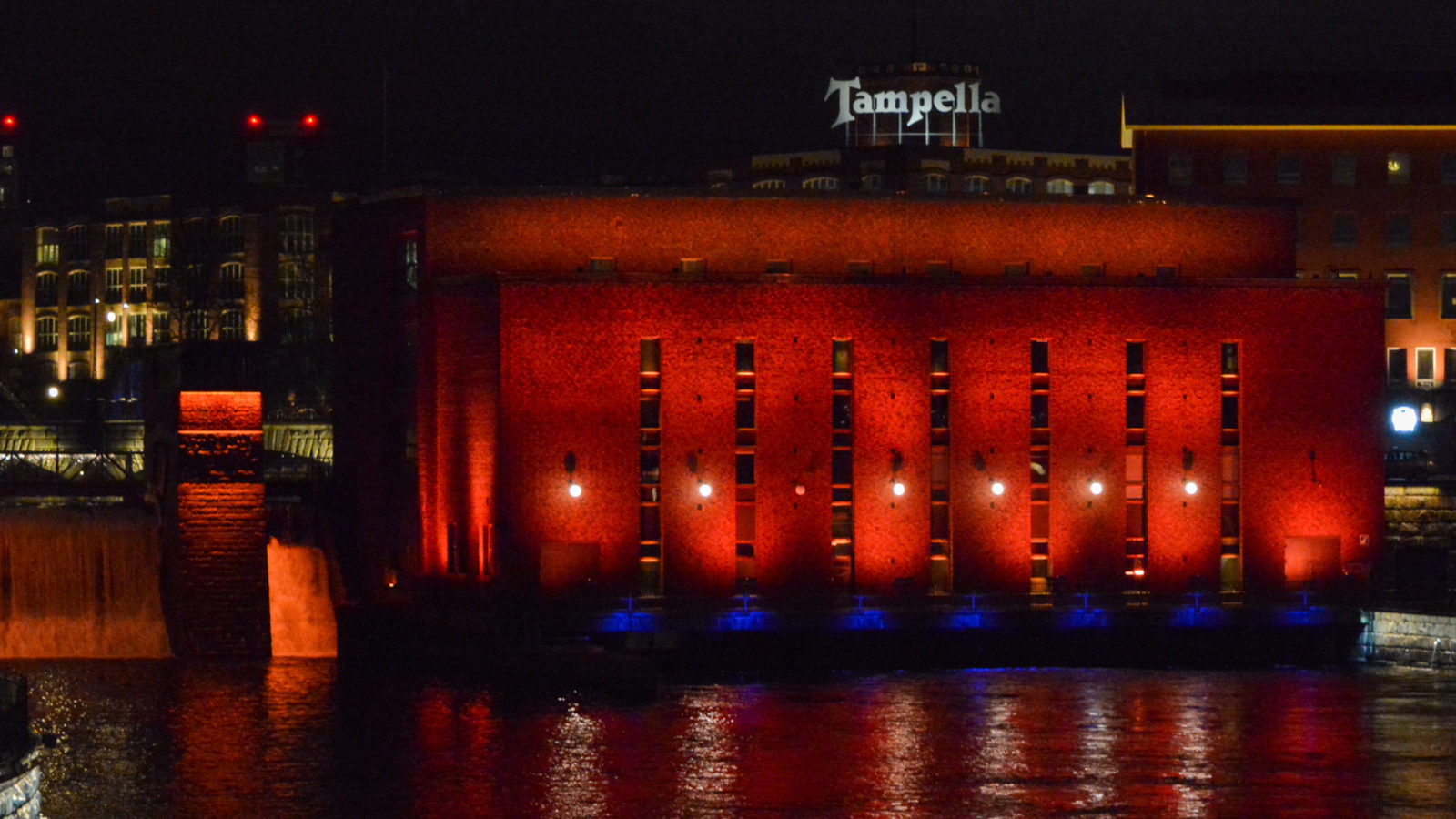