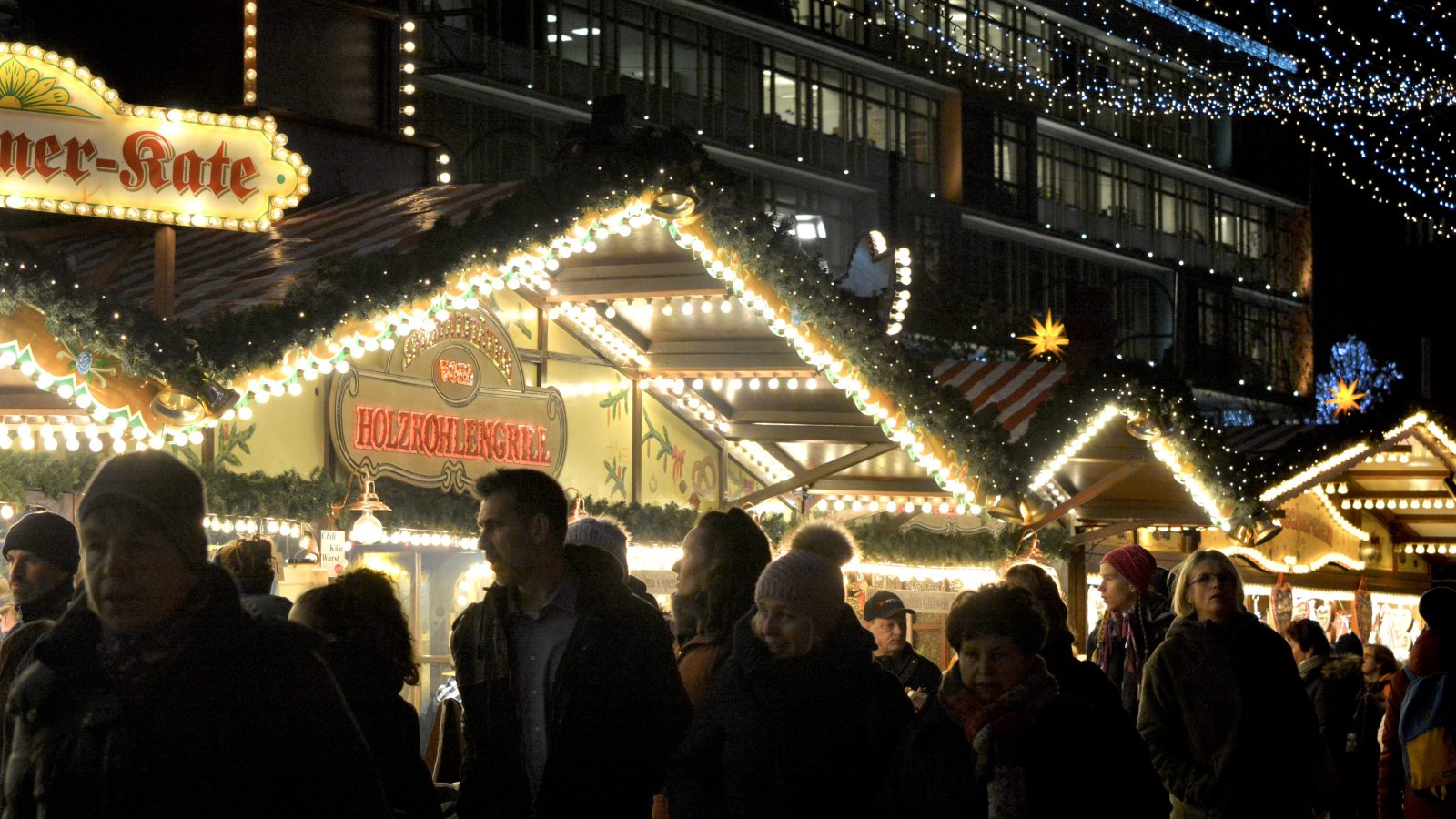 My trip to Berlin was already something like the 10th time I’ve been there in my life. I’ve always liked the city, and this time was no exception. Part of me would even want to move there some day.

Since my muscle weaknesses have gone worst, it was a good thing that this trip was not a solo trip. Wouldn’t have managed it all by myself, or at least it would’ve been a massively different trip, so thanks, travelpartner!

The flights were done as nonstops from Helsinki (HEL) to Berlin Tegel (TXL), with easyJet’s A319 aircraft. It’s been a while since my previous easyJet flights, and my previous A319 flights, too. All went OK, and the special assistance worked well on both ends.

However, after the highly positive and spacious experiences of Air Baltic’s A220 planes in October and November, the easyJet A319 seating felt quite tight. I’m wondering that could the currently ongoing FAA investigation into evacuation effectiveness end up in a conclusion which forces airlines to increase the spacing between aircraft seating rows. Hope so!

But OK, back to the Berlin trip. Once we had landed to TXL and other passengers had left the plane, the SA guy came to fetch me from inside the plane. His first reaction was to awe my Game of Thrones shirt :D.

That quickly escalated into some smalltalk about GoT, and he even called his friend to verify the name of a new Netflix series he told they had thought would be a great watch for people who like GoT (it was The Witcher). We parted ways with a handshake. What a good man!

From TXL we took a taxi towards Hotel Lützow, which is conviniently located nearby Zoo Berlin. After getting some rest at the hotel, we went to roll around a christmas market built around the Kaiser Wilhelm Memorial Church.

Such a nice atmosphere there, with lots of people, lots of little businesses selling all kinds of stuff, everything from culinary experiences and glüchwein to furry caps, gloves, christmas tree ornaments etc. Of course most of the christmas markets have about the same kind of content, but it was nice to experience it after a few year’s break.

Even though there was no snow or minus degrees, it was near 0 and I also learned that I should be better equipped with my clothing ;). Should know since we had about the same weather in Finland, too.

We had some time to explore a shopping mall nearby there, too, and found some more sweet baked goods to bring with us to the hotel for the evening. The way back to hotel was about 900 meters or so, and it was a good change that somebody was there to push my wheelchair around in the fresh air.

On Friday, it was time to visit Zoo Berlin. I find it’s proximity to the city area positive, and we got in there with a handicap discount. About 11€ in, including my friend who basically was my assistant during the zoo exploration.

There was lots and lots of animals to see, and even though some of them were hiding from the cold somewhere, we had the opportunity to experience white wolves (that howling was great!), lots of monkeys / orangutans / gorillas etc, hundreds of birds and a polar bear.

But wait, that’s not all! Because we also saw hippos, all kinds of bulls, reindeers, seals, penguins, elephants, giraffes, and last but not least, a panda eating away his/her bambu tree, looking satisfied :).

Overall, the zoo was a very positive experience, and also very accessible with the wheelchair. If I didn’t have these Lyme’s disease related muscle weaknesses, I would’ve managed to roll around the zoo by myself without help. It was mainly flat or minimal ascents, but some of the buildings had quite steep ramps in front of their entrances/exits.

So yes, I recommend it to anyone who’s into animals, and anyone who’s into them and is using a wheelchair. Make sure to reserve enough time to explore the whole area, since it’s a massive one. There is also a separate Aquarium near the Zoo exit, but we didn’t visit that.

To wrap up the day, we took a taxi from there to Alexanderplatz, where we went on to do some shopping at Galeria Kaufhof. There was also a few other shops conviniently outside Galeria Kaufhof, so some souvenirs and other stuff were found for both travelers.

From there, a quick Look at the nearest christmas market, and finally a taxi back to the hotel. Some rest was needed for Saturday, which was forecasted to be a rainy day. And that it was, but not for the whole day.

On saturday our target was Potsdamer Platz, where the first stop was at Arkaden shopping mall. It however was a very limited visit, because most of the mall’s business spaces were under renovation to be opened in 2020 if I understood it correctly.

Despite this, once again there was something to shop, and among other things I got myself new sweatpants, this time in a camouflage pattern. Actually I had bought my previous sweatpants from the same shopping mall, and ended up with the same brand (Champion).

The journey continued from Arkaden to the Mall of Berlin, which was quite massive and a very, very populated shopping mall divided in two buildings. It was a mainly high-end shopping palace, but I did manage to get myself a shirt and a coffee mug. We also ate in the top floor, some yummy asian kitchen, mmmm…

Once we got ourselves and the wheelchair out of the mall, it was time to search for a taxi, and when no cab queues were to be found, I ordered an Uber which was picking us up in just a few minutes. That driver was the nicest of all of the Ubers and taxis on this trip.

Back at the hotel, it was time to pack the bags to be ready to leave at 04 AM towards Tegel. During that trip I witnessed a minor crash between a long truck and a bus, but otherwise the streets were quite quiet.

At Tegel, some shopping and a perky duty free cashier gentleman :), and soon it was time to board the easyJet A319 again — this time with the elevator truck. Usually I’m the first or among the first ones inside the aircraft, but this time I was almost the last, since there was some mixed communication between the aircraft crew and the special assistance. But no worries, got to my seat and the wheelchair traveled nicely inside the aircraft hold.

Back in Finland, I’ve been feeling very, very tired these few days after the trip. But it was a good trip, and I do recommend Berlin to anyone! I should also try to learn German with Duolingo, but let’s see how that goes because of the Lyme’s disease and all of the brain fog, burning sensations and other problems.

Now some Finland time, and I’ll get back next year! 🙂 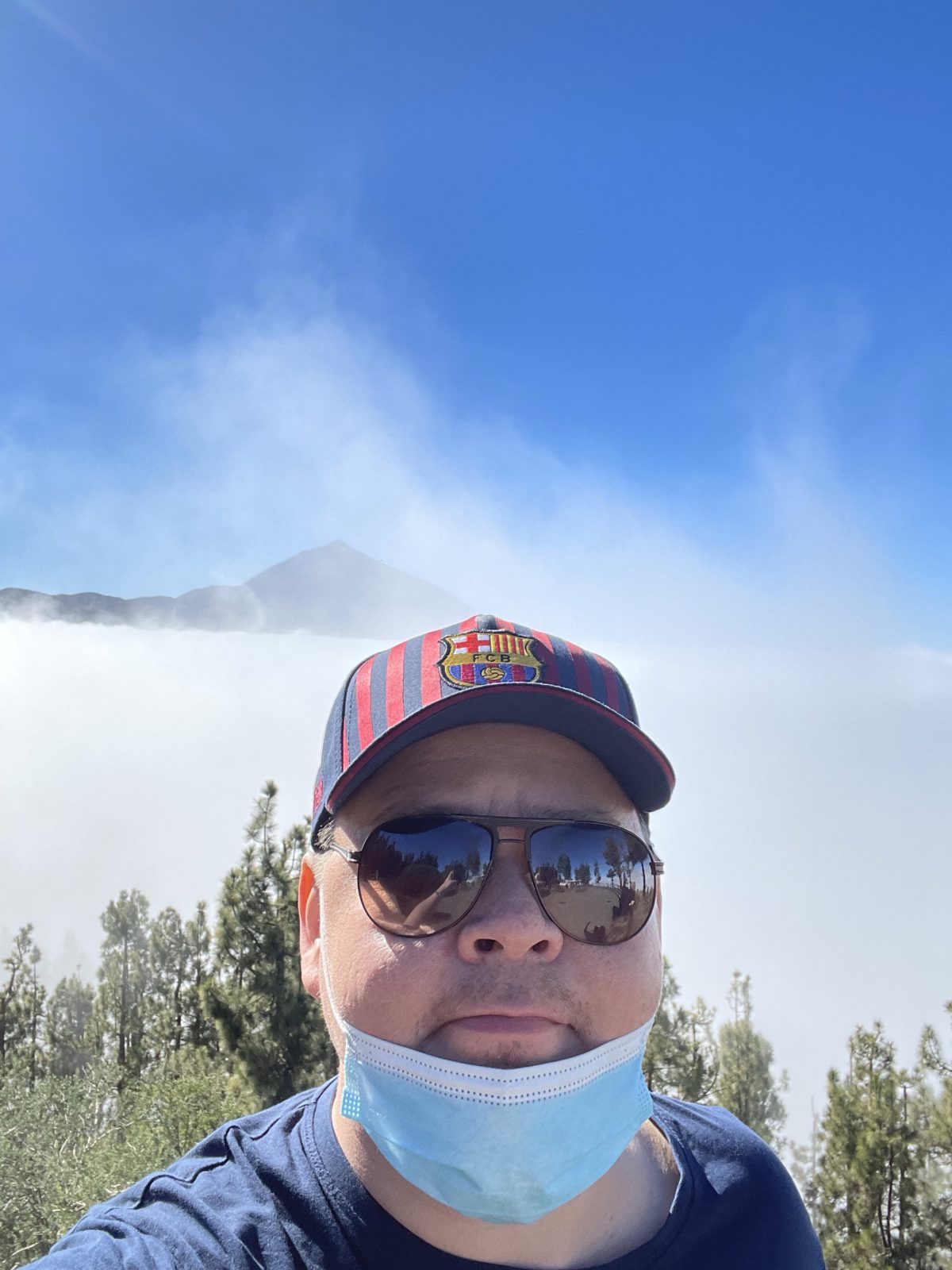 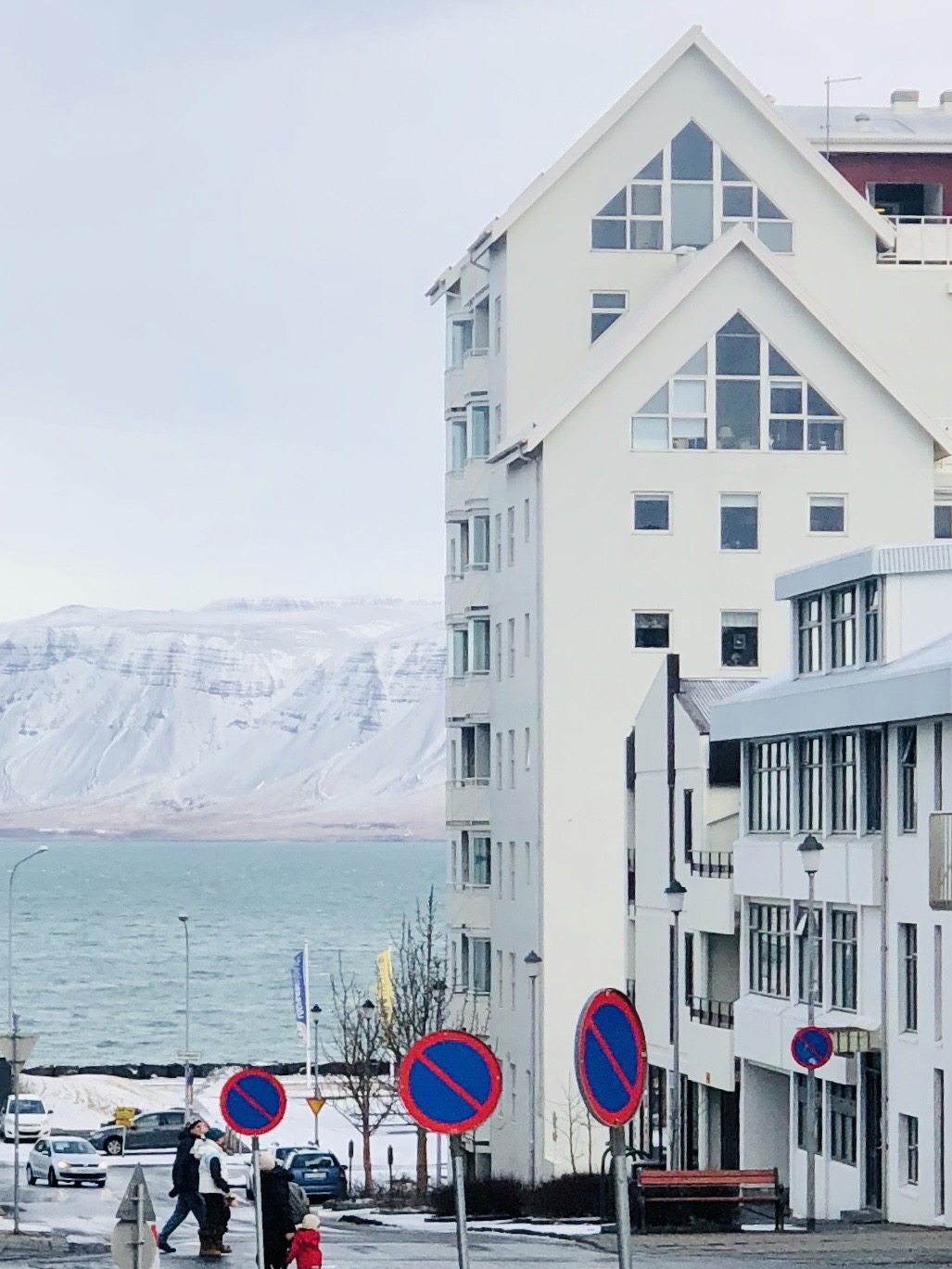 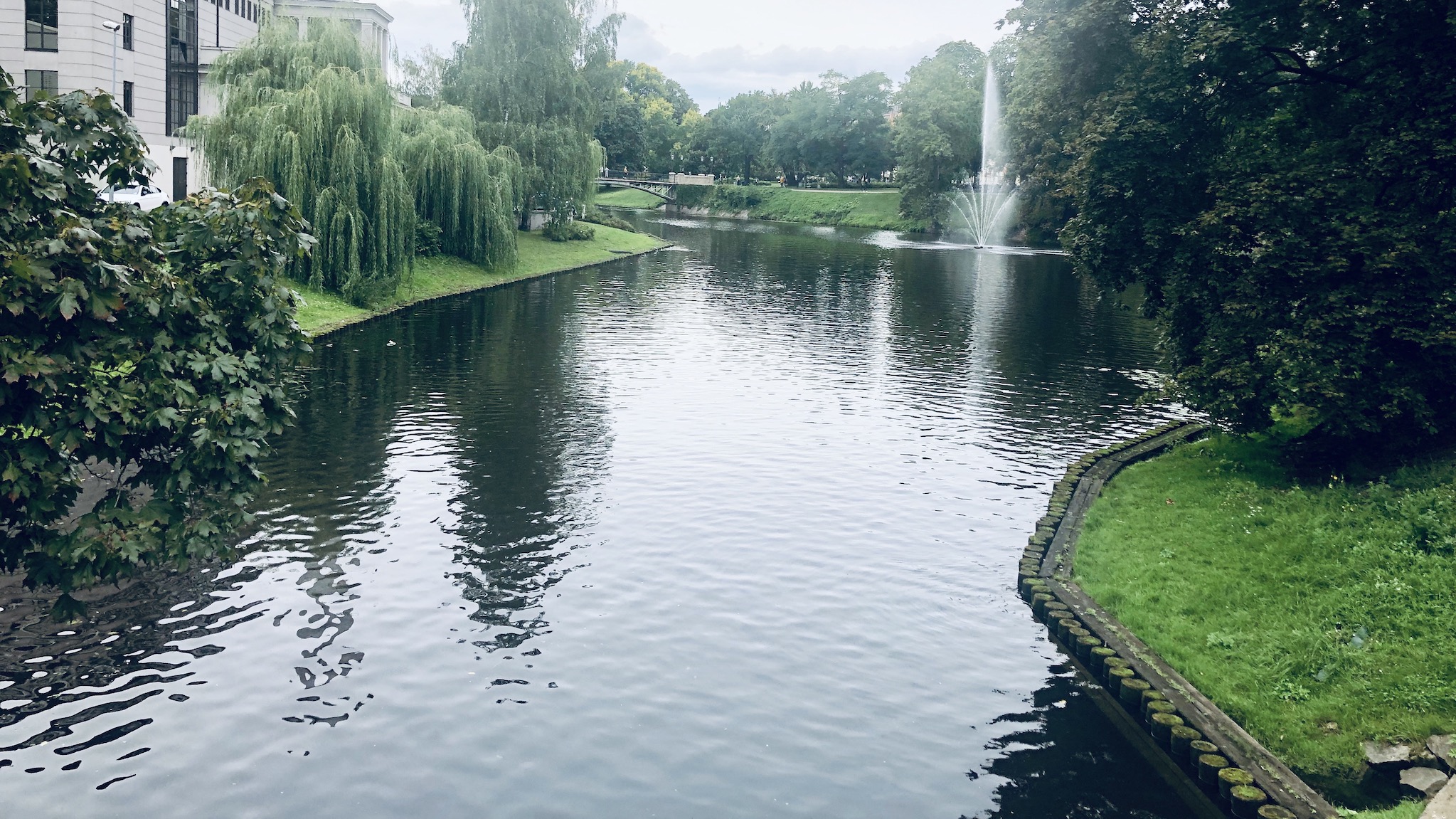